The Mi Box is Chinese smartphone company Xiaomi’s play to take on devices like Roku, Apple TV, Android TV and Fire TV. Priced at only $69, and sporting features like integrated Google Cast and voice search, the 4K- and HDR-supporting device seems worth a look. But at the end of the day, Mi Box is still an Android TV player, and subject to limitations of that platform — which are many.

The market for Mi Box comes down to wanting to cater to tech enthusiasts who are already looking for a 4K or HDR streamer and are intrigued by the lower price point. Apple TV doesn’t yet support 4K, and Roku’s options are more expensive.

Users with Mi Box, can show from YouTube, Netflix, Sling TV, Vudu, Pandora, HBO Go, Hulu, CBS All Access, VLC and more. They can also stream, play and be entertained for hours with access to hit shows, blockbusters, radio stations and viral videos.

Meanwhile, though Android TV supports most of the major streaming apps, to install them you have to visit the Google Play store from the device.

Yes, Mi Box is so powerful, which also supports streaming music songs from Spotify, Pandora and so on. Please notice that Mi Box can't access to Apple Music directly. Here we will talk how to stream Apple Music songs on Mi Box.

Apple Music, as streaming Music service of Apple Inc. has its own DRM protection, and users can't freely play Apple Music on MP3 player, Sony Walkman and so on, unless you can remove limitations from Apple Music songs.

If you want to play Apple Music files via Mi Box, you need to upload Apple Music songs to Google Play and then stream them on Mi Box with Google Play.

Macsome iTunes Converter is the tool to help you simplify your process to decrypt DRM from Apple Music and convert them to MP3, AAC, FLAC and WAV, and it is designed to convert Apple Music songs and other iTunes DRM Audio files to MP3, AAC, WAV or FLAC with fast conversion speed and excellent output quality.

Step 1. Download the latest version of iTunes Music Converter, install and run it. Please make sure that you have downloaded the Apple Music files which you want to convert, and they can work normally on your iTunes. Click the setting icon to set the output format and output folder. If it is necessary, you can also reset the related audio parameters. When the conversion completed, you can find the converted Apple Music songs on the history folder.

All the process is very simple, just follow the guide above and then you can play Apple Music songs on Mi Box freely. What's more, you can also transfer Apple Music to other devices or players so that you can enjoy Apple Music songs anywhere you like and anytime as you wish. 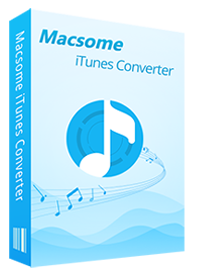 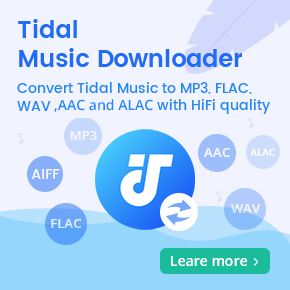